The Contra Costa Resource Conservation District is proud to announce the creation of the new Ecosteward Conservation Program. A grant from the Department of Water Resources (DWR) jump-started this program to restore and maintain various DWR sites throughout the San Francisco Bay Delta. In addition, project tasks include revegetation, invasive weed control, resource mapping, and data collection.

Did you know there are over 300 species of invasive plants that threaten California's native flora? Contra Costa county's varied ecosystems contain a wealth of botanical diversity, but aggressive invasive plants such as Armenian blackberry, star thistle, and Arundo threaten to take over these native plant communities. The Ecostewards work to keep these non-native plant populations at bay by using a variety of maintenance methods.

View this slide gallery of our latest projects 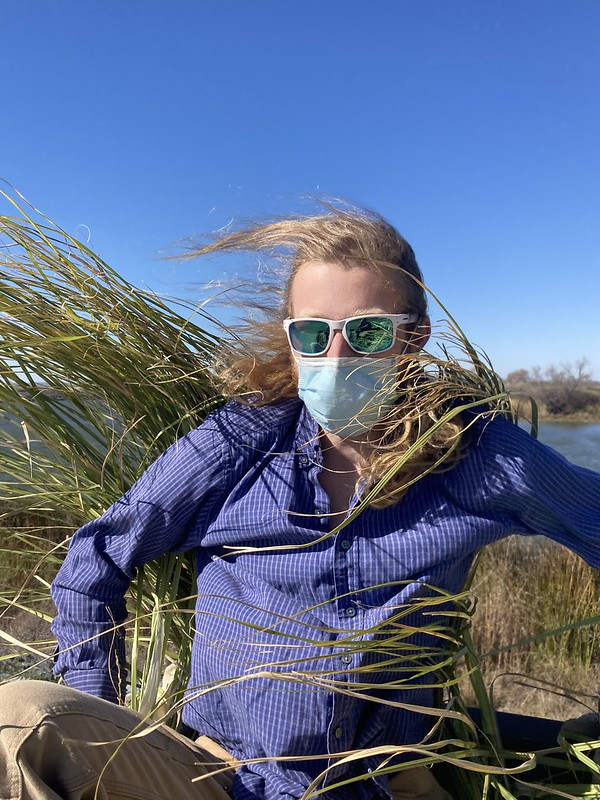 A watershed can be small, such as a modest inland lake or a single county. Conversely, some watersheds encompass thousands of square miles and may contain streams, rivers, lakes, reservoirs, and underlying groundwater that are hundreds of miles inland. The largest watershed in the United States is the Mississippi River Watershed, which drains 1.15 million square miles from all or parts of 31 U.S. states and two Canadian provinces stretching from the Rockies to the Appalachians!

Water from hundreds, and often thousands, of creeks and streams flow from higher ground to rivers that eventually wind up in a larger waterbody. As the water flows, it often picks up pollutants, which may have sinister effects on the ecology of the watershed and, ultimately, on the reservoir, bay, or ocean where it ends up. Not all water flows directly to the sea, however. When rain falls on dry ground, it can soak into, or infiltrate, the ground. This groundwater remains in the soil, where it will eventually seep into the nearest stream. Some water infiltrates much deeper, into underground reservoirs called aquifers.

Fun Fact: Fluent in Spanish, used to live in New Jersey, completed two AmeriCorps service terms and I like to hike and explore new nature areas.

Daniel grew up in New Jersey and just recently moved to California to work for the CCRCD as an EcoSteward Conservation Technician. He graduated from Stockton University with a B.A. in Environmental Studies and a minor in Latin American and Caribbean Studies. Since graduating from college, Dan has been  involved with numerous environmental restoration projects, environmental education, and community outreach. His previous working experiences includes interning at a USFW National Wildlife Refuge through an internship program with a non-profit organization called Hispanic Access Foundation. He has completed two Americorps term services: one as a New Jersey Watershed Ambassador in New Jersey and one as a Lead Wetland Restoration Technician with Truckee Meadows Park Foundation in Nevada. Dan's other areas of interest include water quality and stormwater management.

Fun Fact: Keeps over 200 potted plants and 125+ species of plants in the relatively small garden of my rental house. It's packed!

Evan is an avid birder, botanist, and hiker. Before joining the CCRCD, he worked as the foreman of a permaculture landscaping company, as an ecological consultant for public works projects in the East Bay, and as a Conservation and Land Management intern with the Bureau of Land Management in Alaska. Evan majored in  Organismal Biology and Ecology at Colorado College. Working with the Chicago Botanic Gardens, he wrote an extensive thesis based on his research on the floral preferences of native bees in Arizona. Evan wrote a research paper on how west African mangroves act as fish nurseries, and this paper was published in the scientific journal Regional Studies in Marine Science.

In the afternoons and on the weekends, Evan pursues his artistic interests of stained glass, ceramics, and the saxophone. Whenever possible, Evan chooses to ride his bike around town. After traveling a combined 10,000 miles from Maine to Seattle, across Alaska, and through much of Mexico on his bicycle, he has decided that two wheels are the most exciting way to travel.