Weed of the Month! - Stinkwort 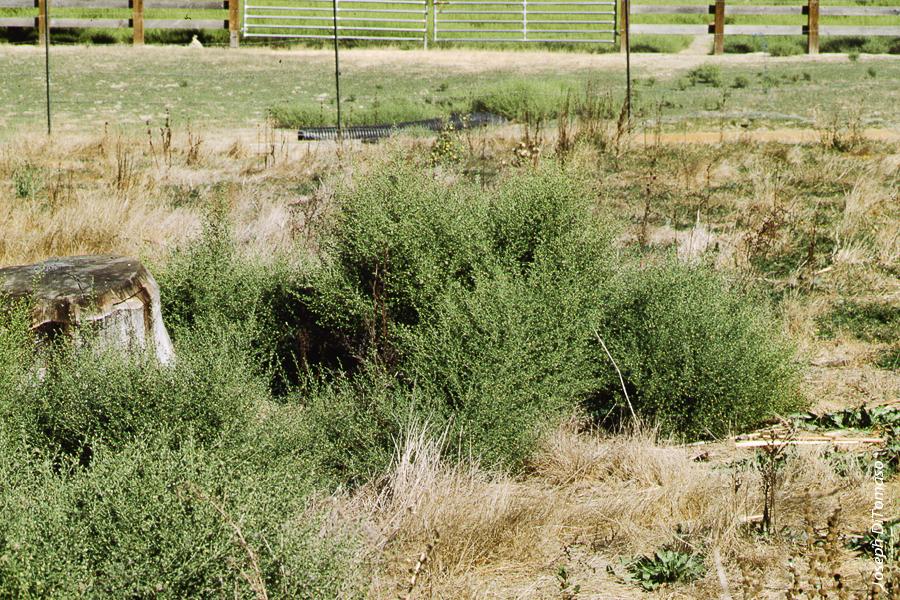 Weed of the Month! - Stinkwort

Our weed of the month for August is Dittricha graveolens, commonly known as Stinkwort.

This time of year we see big round shrubs growing on the side of levees on our way to restoration work in the Delta. On first glance we wonder if they're Russian thistles (aka tumble weeds), but the best way to tell if it's stinkwort, is to give it a rub. Stinkwort is easily identified by the sticky coating on it's foliage and strong camphor aroma, sometimes described as smelling like Vick's Vapor Rub. Make so mistake though, despite the pleasant scent, this weed has a "Moderate-Alert" Cal-IPC rating.

On the Cal-IPC Rating, a Moderate rating means "These species have substantial and apparent-but generally not severe-ecological impacts on physical processes, plant and animal communities, and vegetation structure. Their reproductive biology and other attributes are conducive to moderate to high rates of dispersal, though establishment is generally dependent upon ecological disturbance. Ecological amplitude and distribution may range from limited to widespread." (Cal-IPC). This weed is also currently on "Alert" status, meaning a species with "High or Moderate impacts that have limited distribution in California, but may have the potential to spread much further."

We commonly see this weed in areas that have been recently disturbed, likely brought in accidentally by construction or other vehicles to a site. Stinkwort is also fairly common along roadsides this time of year, where again, after hitching a ride from a car, falls off a tire and grows. This weed was first reported in California in 1984 in Santa Clara County, then found in Contra Costa County in 1995.  The weed has historically been located on disturbed sites, mostly along the urban fringe, but is starting to invade open riparian or grazing areas.

Management of this weed thankfully is fairly simple, provided that you know where it is. EcoStewards wear disposable nitrile gloves while handling this weed, as the oils on the foliage are sticky and in some cases can cause allergic contact dermatitis in humans. Additionally, the oils really muck up our standard leather work gloves. Management of the plant is total removal, root, stem and all, ideally before it goes to seed in September through December. Early monitoring for this species typically begins in late July, with management occurring throughout August.