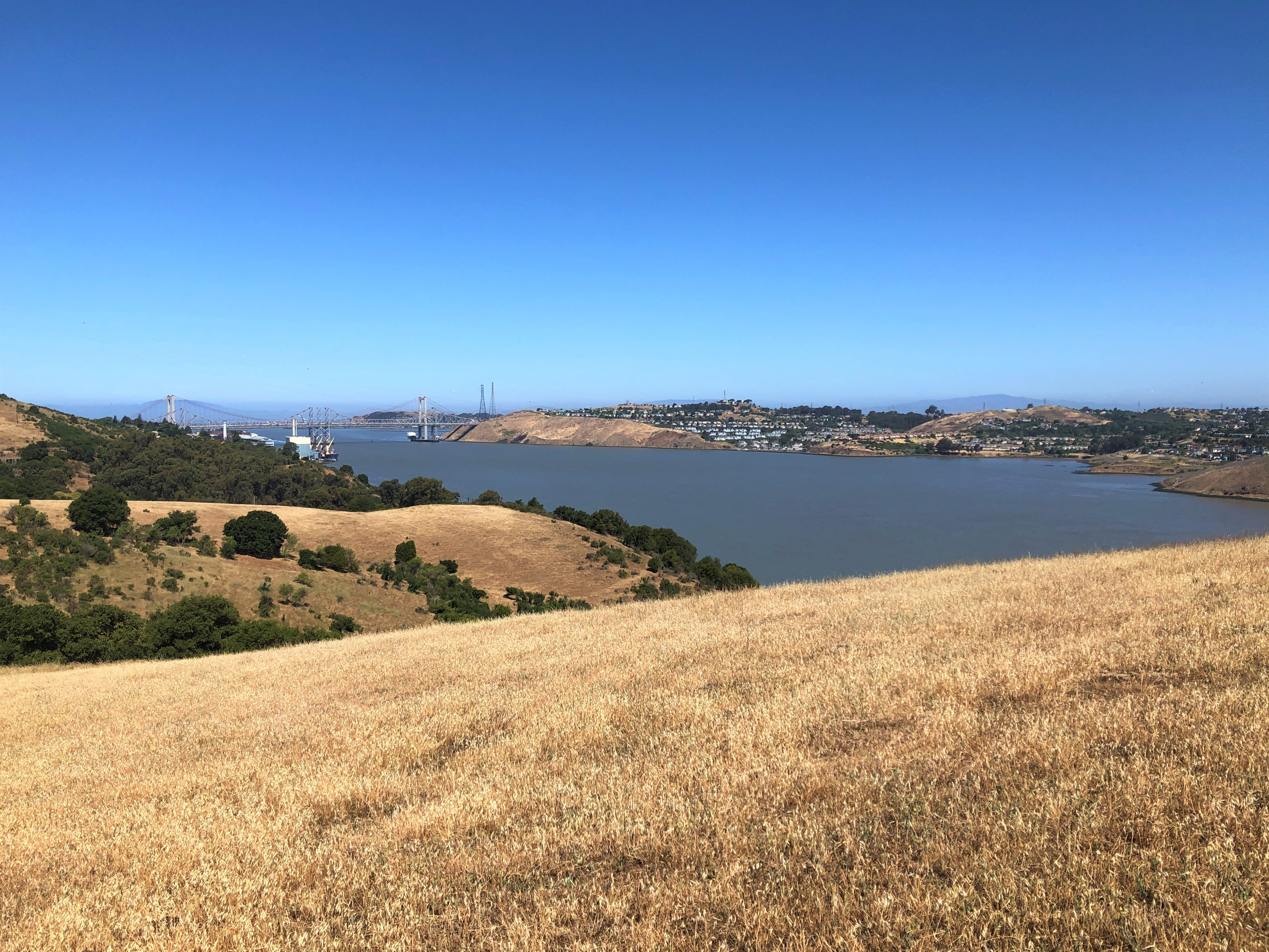 Welcome to the Watershed Blog!

A watershed can be small, such as a modest inland lake or a single county. Conversely, some watersheds encompass thousands of square miles and may contain streams, rivers, lakes, reservoirs, and underlying groundwater that are hundreds of miles inland. The largest watershed in the United States is the Mississippi River Watershed, which drains 1.15 million square miles from all or parts of 31 U.S. states and two Canadian provinces stretching from the Rockies to the Appalachians!

Water from hundreds, and often thousands, of creeks and streams flow from higher ground to rivers that eventually wind up in a larger waterbody. As the water flows, it often picks up pollutants, which may have sinister effects on the ecology of the watershed and, ultimately, on the reservoir, bay, or ocean where it ends up. Not all water flows directly to the sea, however. When rain falls on dry ground, it can soak into, or infiltrate, the ground. This groundwater remains in the soil, where it will eventually seep into the nearest stream. Some water infiltrates much deeper, into underground reservoirs called aquifers.

Alhambra Creek is a stream in Contra Costa County, in the East Bay region of the ​San Francisco Bay Area in northern California.
Learn more about :

Our goal is to understand and assess water-related issues and challenges at the neighborhood level, from the community’s perspective. (Information is available in English and Spanish)
Learn more about :

Community Outreach
The goals of the program
How to get involved

The Carquinez Strait is a narrow tidal strait in northern California.
Learn more about :

The Peyton Slough watershed is composed of urban Peyton Creek and some minor tributaries, managed runoff from the Shell Oil Refinery, urban runoff, as well as drainage from portions of I-680.
Learn more about :

The Rodeo Creek Watershed is located in Western Contra Costa County. Interstate 80 and Highway 4 pass through the watershed. The Cities of Hercules and Pinole are directly to the south and the community of Crockett is to the north.
Learn more about :

Heidi Petty has been with the CCRCD since 2007. Her current position is Watershed Program Manager and Fundraising Coordinator, focusing on the Contra Costa side of the Carquinez Strait shoreline. In 1999, Heidi started a small bonsai and custom saltwater reef tank business named ‘Through the Looking Glass: A Living Art Studio’ in Crockett, CA, where she got an in-depth understanding of saltwater filtration and hydrology. Heidi has held numerous community leadership positions in the Crockett, Port Costa, and Rodeo area, including President of the local Chamber of Commerce and Board Member on the Crockett Community Services District. Her entrepreneurialism and government service background makes her a valuable asset to the RCD as a special government district.

She now lives on the river in Oakley, CA, and owns a marina and small urban farm as well as a 28-acre Highlander Cattle Ranch in the SF Delta. She is excited to expand her work by partnering with the technology industry to create innovative ways to help the environment through long-term partnerships and connecting tech to her restoration work.

Lisa moved to Contra Costa County in 1999 and has had the opportunity to work with the CCRCD-supported community groups in Marsh Creek, Kirker Creek, Mt Diablo Creek, Walnut Creek, Alhambra Creek and Pinole Creek Watersheds. She enjoys collaborations with students and interns, especially water quality monitoring projects, and has taught environmental education programs for The Lindsay Wildlife Experience and Contra Costa Water District.

Lisa holds a B.S. in Geology and an M.S. in Water Resources Engineering from Stanford University.

Lisa serves as Watershed Conservation Manager for the Walnut Creek Watershed, she facilitates the Contra Costa Watershed Forum, and she leads the CCRCD’s Monarch Conservation Program. She joined the CCRCD’s staff in January 2019. She has worked on a range of projects to conserve Contra Costa County's watersheds and biodiversity including native plant establishment, pollinator habitat establishment, invasive plant management, environmental education programming, and creek restoration.

Lisa is from Los Angeles and has a BA with Honors in English from the University of California at Berkeley. She earned a Professional Sequence in Editing certificate from UC Berkeley Extension and worked in publishing for 10 years, primarily editing educational materials including science textbooks and curricula.

Her passion for nature led her back to school to study horticulture at Diablo Valley College where she earned a Nursery Technician certificate. She likes hiking with friends and family, eating chocolate, watching baseball, and creating beautiful things.